Home › News › The Importance of Robotics for the UK Economy

The Importance of Robotics for the UK Economy 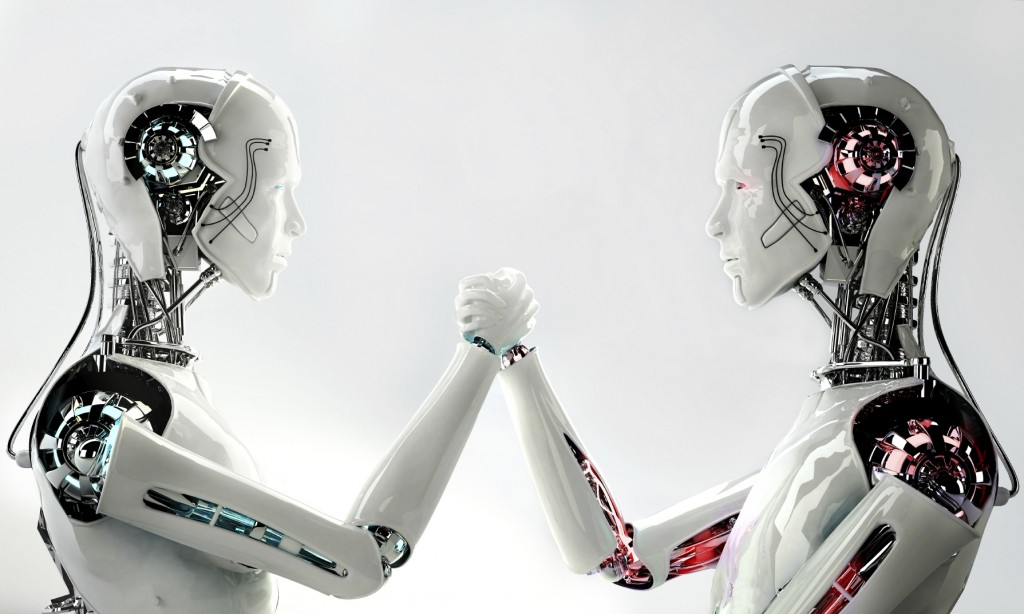 Robotics are now, more than ever, essential elements in factories and warehouses across the globe. These robots are meant to help humans and work side-by-side with them, not threaten jobs. After all, technological innovation tends to promote economic growth, meaning the outcome of automating more businesses is likely to be more jobs, not fewer.

For the UK, and especially in this climate of uncertainty (mainly due to Brexit), robotics will play a very important role for the economy, be it in the transportation sector or in aerospace, for instance.

We have previously mentioned how robots are one of the top trends in 2018 for the manufacturing industry, but what about aerospace?

Aerospace is thriving in the UK, as this sector is the largest in Europe and second only to the US with a £32 billion turnover in 2017. Robotics is an integral part of this growth, as the automation they provide allows workers the freedom of focusing on other important aspects of the job, for example.

Just as we explored the Earth by ship and land, we intend to explore space with robotics, as the future of space travel indicates. In November 2017, the UK government pledged £84 million specifically for the research of robotics, smart energy and artificial intelligence. This funding will help to boost four new robotics technology research hubs in the nuclear energy, offshore wind and UK space sector.

According to Juergen Maier, the chief executive of Siemens UK, technologies such as robotics can contribute to a great level of productivity and create highly paid jobs. He goes on to say that “the beauty of it is, if we get this right, it doesn’t just drive productivity, but it also means that you’re driving jobs up the value chain, which means that people are getting better paid, so ultimately you raise living standards.”

Since the Industrial Revolution, the real GDP per capita in western Europe grew 15-fold and the hours were reduced by around half. While some jobs were lost, more were created. Although there are still some concerns about whether robots will replace humans, there is no denying that automation boosts productivity and creates jobs.

Robotics are extremely useful in a variety of sectors and situations. From the factory floor to nuclear decommissioning, robots can tackle tasks that are repetitive or dangerous to humans. More examples can include bomb disposal and even work in radioactive environments.

Robots will be able to perform jobs after being verbally told by a worker, for example, and will be able to repair each other as well. This ability will make them even more invaluable in the workplace and help to grow businesses and industries.

The UK government believes that robotics and AI are crucial for a modern industrial strategy, which will be able to help secure the UK’s place as a global leader and help to boost economic growth.

Last year, it was announced that there will be an initial investment of £270 million in 2017 to 2018 to make this vision a reality – by 2020/21, and to develop research and innovation across the UK, an extra £4.7 billion will be invested.

Robotics have an estimated value at stake of £183.6 billion to the UK economy; this may raise manufacturing GVA in the UK by 21% in the next decade, and may also contribute to a productivity improvement of 22%. It’s fair to say, then, that robotics is just what we need at the moment, especially to propel us further in the global market.

At Dean Group, we’re very interested in seeing how the future of robotics and, indeed, the future of our economy, will grow in the next few years. For information about any of our services, don’t hesitate to contact us, and to learn more about this and other subjects pertaining to manufacturing, browse our blog or check us out on Twitter, LinkedIn and Google+ for our latest news.