Home › News › Cars of the Future

Cars of the Future

The automotive industry is constantly evolving and utilising new and innovative techniques, as we’ve seen with the application of virtual reality. There are many predictions about what cars will look like in a few years, especially considering current trends, such as self-driving cars – these let us infer the possibilities of the future.

According to existing concerns and the already strong emphasis on eco-efficient vehicles, the odds are that cars of the future will be fuel efficient, produce zero emissions and use incredibly high technology to help drivers on a daily basis.

The current path, then, seems to be one that leads to cars with improved electronics and software that can drive themselves without human interference. In two decades or more from now, vehicles of the future will probably be drastically different from the ones we’re used to – and the ones we can currently conceptualise.

The Swedish carmaker Volvo is attempting to create the next step in automotive technology by the year 2020: a car that intends to prevent all fatalities.

Volvo has previously developed a kangaroo-avoidance technology for Australian drivers, and now is collecting data from accidents and deaths around the world in order to create a vehicle that can eliminate the possibility of human error on the road, like exhaustion. This technology will have a strong focus on collision avoidance and detection of pedestrians, so that any obstructions can be easily detected and avoided.

Not everyone seems to be happy with the idea of self-driving cars, since they can threaten the public transport industry. Still, this technology appears to be unavoidable, as it may become a reality sooner rather than later. Google has planned to offer its self-driving car to the public between 2017 and 2020, a vehicle that is autonomous, smart and eco-friendly.

Toyota is not that far behind either. The technology this brand is developing, called ITS, intends to allow cars to communicate with other vehicles on the road, which will be essential to autonomous cars. Not only will they be able to gather and analyse information from everything around them, they’ll also be able to make decisions based on that data – and provide a higher degree of safety to drivers.

Your Car as Living Space

The Mercedes-Benz F 015 is a luxury vehicle you may be driving by 2030. This futuristic car is different from any other created so far, and was designed to offer comfort and space, as well as double as lounge and conference room. With high-end technologies, this car is also a hybrid that intends to produce zero emissions – and is far from being a concept vehicle, since it can be driven on the road very easily already.

This may be a concept more appropriate for science fiction, but it doesn’t prevent people from dreaming about it; and attempting to develop it. In fact, flying cars may not be that farfetched in the near future. 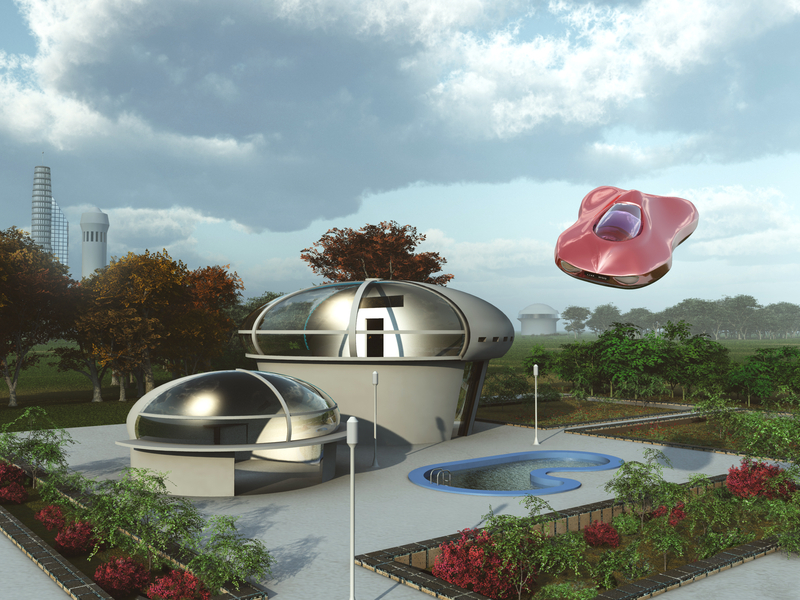 Moller International has developed the only personal vertical take-off and landing (VTOL) vehicles, called Skycar. Similar to a helicopter, this vehicle is also designed to travel on the ground like a car, good news for everyone who wants to see this concept come true!

Our driving experience changes constantly over time, as the vehicles themselves keep evolving. In a near future, cars will look very different than the ones we drive now, as new technologies and innovative aesthetics are created and implemented. Perhaps we’ll see trucks and cars with vision enhancement systems that help drivers navigate a busy road, maybe we’ll all drive vehicles that warn us of possible collisions with pedestrians or other cars, or that can know if we’re too tired to drive.

Evolution in car design will affect manufacturers along the entire supply chain, down to the creation of the small parts and components that make up the vehicles. Whatever the future brings, we’re sure it’s going to be ground-breaking and exciting!